Elva Cup 2015 brought together 1,107 footballers from Estonia and Latvia 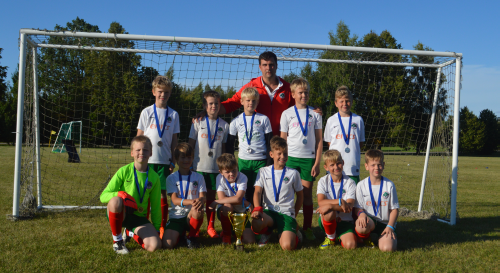 Our traditional late-summer football event filled the football fields of Elva, Puka, Palupera and Otepää with 98 teams from Estonia and Latvia. Our southern neighbours were only represented by youngsters from the academy of FS METTA. The most successful teams were FC Elva, FC Helios, FS METTA, JK Merkuur-Juunior, JK Tammeka and Nõmme Kalju FC.

At the tournament, which lasted from August 24 to August 28, young footballers competed for cups in ten age classes (two classes of girls and eight classes of boys).

The level of this tournament was significantly higher than that of the previous one – thanks to the competition administration system created by Trniir and Särka Sport.

The team of Trniir (Rauno Kuus and Raido Kuus) helped to create solutions that enabled the referees to use their smartphones instead of pens and insert scorers more conveniently. Consequently, we were able to provide followers with the most recent information in the form of tournament tables and obtain an overview of the best players much faster. The program allowed us to easily create players’ profiles and, thereby, excite interest in young people.

“The administration system is brand new and several solutions were not yet exactly what we wanted them to be. We have analysed everything and, at FC Elva Indoor Cup, we will deliver the event to all followers in an improved form, using a new version. In addition, we are planning a live broadcast from the football hall. Together with the team of Trniir, we wish to develop solutions for various sports events in Estonia, making life easier for organisers who are not exactly on good terms with computers,” explained Marek Naaris, the main organiser of the tournament.

Another partner, Särka Sport, rewarded the best players of matches with plastic plates carrying the title “PLAYER OF THE GAME”. In total, 276 matches were held in different age classes.

“With the award given to the best players of matches, we wanted to give recognition to youngsters with the best and most exemplary behaviour. A similar solution is used at Helsinki Cup where the referee can give a green card to the player whom he/she considers the best of the match. Referees handled their new tasks well and we want to praise all of them,” added Naaris

We want to thank everyone who have sponsored the youth work of FC Elva.

Start your own tournament
START TOURNAMENT